Ice skating on the canal

When you think of the Keizersgracht you probably think of stately warehouses and other beautiful facades. But of course, it’s still a canal with water, and that’s where a lot of things happen. For example, there are many houseboats there and – if the temperature allows it – people skate in the winter. As soon as there is a chance of ice, a sailing ban comes into force and preparations are made for the Keizersrace. Of course, this cannot take place every year. So, every year it is a surprise what will take place on the canals. 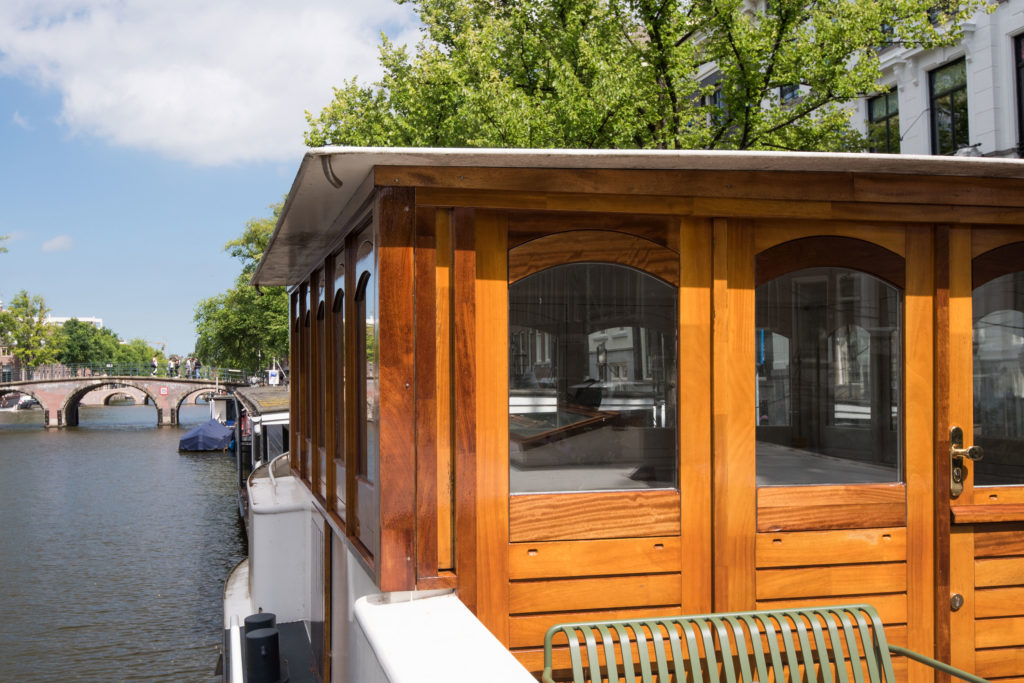 The showpiece of this houseboat is the wheelhouse. Thanks to the transparent paintwork the wood is beautifully visible. It was our job to restore the paintwork so that the wheelhouse became the business card of the houseboat again. on the inside too new paintwork was needed: the woodwork as well as the walls and ceilings. Everything was giving a new layer of paint.

Living on a houseboat is quickly associated with a water theme. Not very strange of course, but a bit cliché. To change tactics, the residents of this boat have joined forces with an interior stylist. She has taken the houseboat to a new level by applying a color scheme with earthy tones.