In the 19th century, the Amsterdam canals stank and the city was densely populated. As a result, the city centre was no longer so popular and wealthy Amsterdammers left for Haarlem and Het Gooi. The Willemspark neighbourhood was designed to prevent this from happening. It became a distinguished residential area with stately homes, wide streets and its own entrance to the Vondelpark, which only adjacent residents were allowed to use at the time. 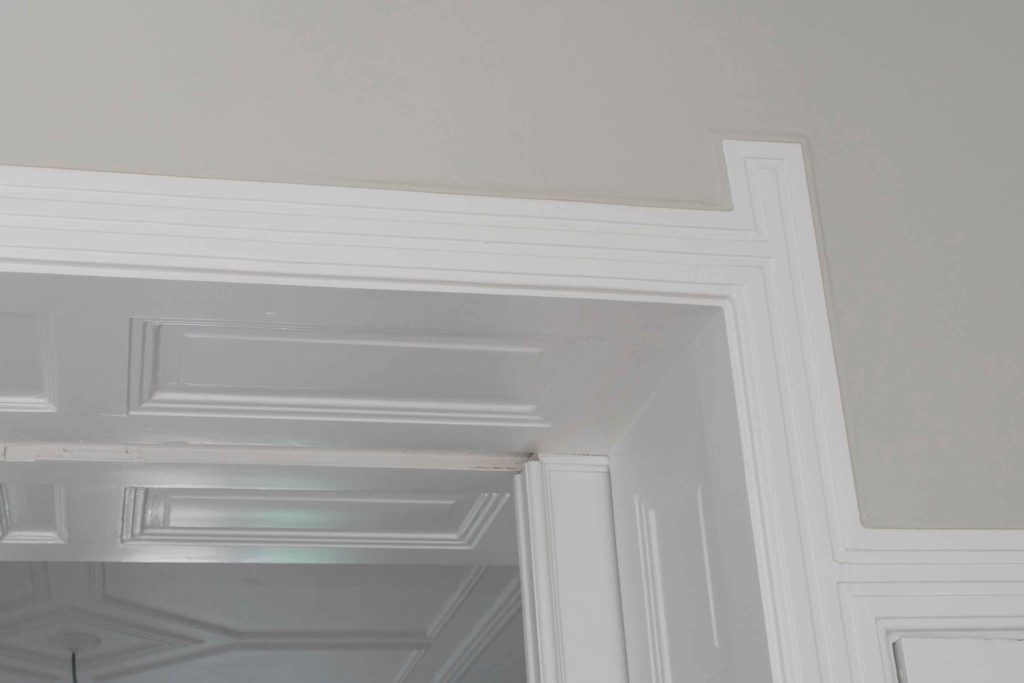 For this house, we have taken care of the entire interior. This means that we have not only done the painting on the walls, ceilings and woodwork, but also the floor. In cooperation with ‘t Vloerhuys, we sanded these and put them back in hard wax oil. The result looks like new again. For the walls, we used the beautiful color ‘Seafoam’. This is a quiet and at the same time quirky color that the potential of the interior here very nicely brings out.

From a terraced house to a villa

How you profile your house is up to you. The most important factor is always the paintwork. This is the icing on the cake. Even though this house is not a detached villa, it does have that look. And that is exactly why this district was built.

We rent out this house and had it fixed up for the new tenant, now they can live happily for years to come. Turned out beautifully.